I have a confession to make… I love magic, so the theme of this book had me intrigued and curious.

This story was well written, well played, and well executed.
I loved the characters and plot.
But most of all, I loved how everything came together at the end and tied up nicely.

This story was smart, gritty, and I enjoyed every second of it!

Now onto the next book in the series.

The Hearts Series by L.H. Cosway 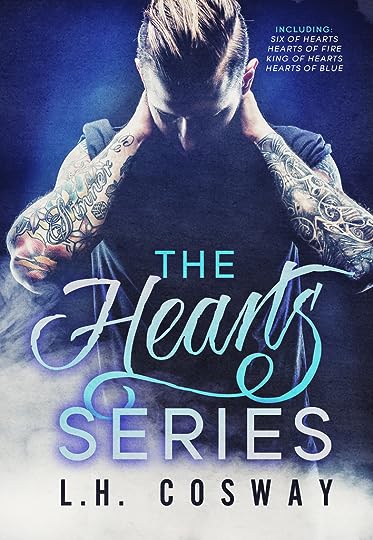 Get the first four books in L.H. Cosway’s Hearts series, plus the BRAND NEW bonus novella, Cross My Heart. From quirky heroines to heartthrob heroes and exhilarating plot lines, The Hearts Series is a collection of interconnected standalone novels that will have you glued to the pages 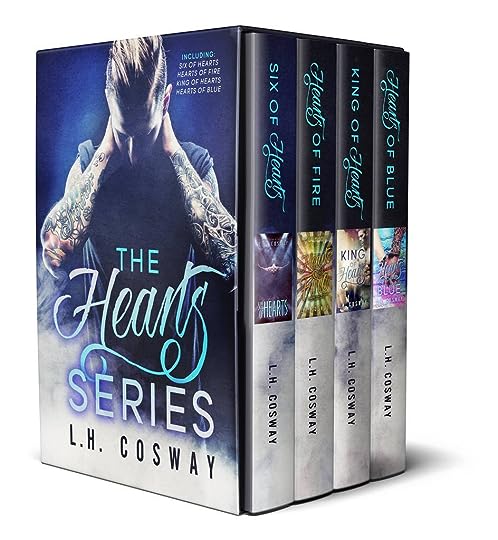 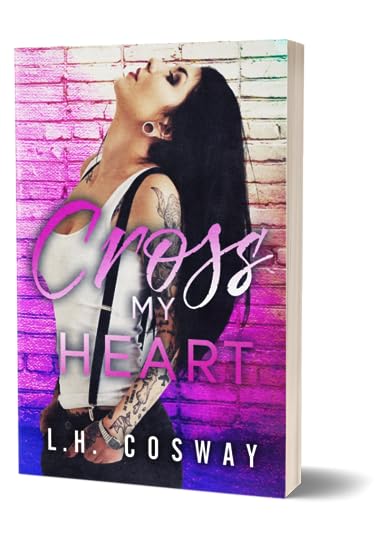 Iris Garrigan has nothing.

Well, that’s not entirely true. She has her trusty Doc Martin boots. She has her Bowie obsession. And she has the stray cat that sneaks into her bed and keeps her company at night – it’s a quid pro quo relationship. The cat gets a warm body and she gets something alive beside her when she would otherwise be alone.
She also has a job. Sure, washing dishes hardly has her rolling in dough, but with no permanent abode it’s the best she can do. She knows her new boss only lets her work in his restaurant out of pity, but she isn’t above cashing in on a little human compassion if it means she can survive to live another day.

Everything is going fine until Liam Cross starts to take notice of her, poking his newly minted police badge where it doesn’t belong. And if he doesn’t quit soon her not so legal living situation could find her in hot waters. Little does she know, Liam isn’t just being nosy, he’s trying to help. Iris has no idea that he’s been watching her for months, and that he’s completely enamored with her strange and peculiar ways.

When Liam discovers her secret Iris has two options: stay and face the music or run for the hills.

***Cross My Heart is a contemporary romance novella and tells the story of the youngest Cross brother, Liam Cross.*** 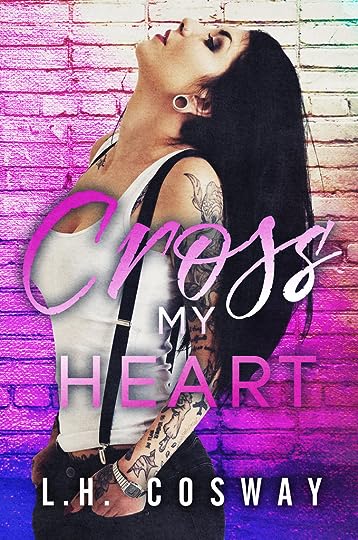 “So, what do you do when you’re not scrubbing dishes for my brother, Iris?”
The way he said my name made my pores tingle again. It felt luxurious somehow, like a caress. “I talk to my cat. I read. I wander.” Talk to Bowie.
“You wander?”
“Yeah, I like to choose a starting point and let my feet lead the way.”
He looked displeased hearing this. “Only during the day, I hope.”
Huh. Was he worried about me? Nah, he was just being a copper. Nosy. I shrugged.
“Sometimes at night. I’m good at being invisible though, so I rarely run into trouble.”
His displeasure increased. “How often is rarely?”
I tilted my head. “Why do you care?”
His expression turned serious. “A tiny little thing like you wandering around in the dark is a recipe for trouble. Do you realize how easy it’d be for someone to just pluck you up off the street and do whatever they wanted?”
Ha! That was a laugh. The street was my home. I knew how to survive there, and I’d done fine so far. “Just because I’m little doesn’t mean I’m not tough. Let some fucker try to pluck me up. It wouldn’t end well for him.” I stabbed my forked into the empty plate with force to emphasize my point.
For some reason the action made him smile again, but this time there was a spark of calculation behind his eyes. “So, if I were to grab you right now, push you up against that wall,” he paused and gestured to the wall by the door, “you’d be able to fend me off?”
I swallowed. Not surprisingly, that visual wasn’t as scary to me as it should’ve been. Instead my gut twisted with anticipation. Do it.
Do it.
I nodded casually. “Sure.”
“Let’s try it, then.” He moved to get up and suddenly my courage fled.
I forced a laugh. “No, thanks.”
He shot me a wry look. “No?”
“No.”
“So, you’re all talk then.” He folded his arms, pleased with himself, and it made me want to punch him. I’d never been good at backing away from a challenge.
I grit my teeth. “Fine.”
His gaze flicked to my mine, his pupils dilating. I didn’t care to ponder what that meant. Without another word, he advanced on me. My heart hammered and I was too fascinated to react when he lifted me up off my chair, carried me across the room, and slammed my back into the wall. I exhaled choppily when he used one hand to grip my neck and the other to hold me down. My chest rose and fell as I looked up at him, entirely too engrossed.
What was he going to do next? I wriggled my hips, though not to break free. He made a curious noise in the back of his throat. I tilted my head. He looked pissed. Huh.
“Iris,” he practically growled.
“Y-yes?”
“You aren’t doing anything.”
“Should I be?”
His hand on my neck loosened. “I just physically assaulted you and you haven’t lifted a finger to stop me.”
“Sorry.”
He let out a frustrated sigh. “Don’t fucking apologize. Fight back.”
Fight back.
Right. It was a little hard to do that when all I wanted was for him to tear off my clothes and do very, very bad things to me. But I had to prove a point. I had to show him I could protect myself. Summoning my resolve, I twisted in his hold and tried to get my leg up so I could knee him in the balls. Unfortunately, his entire body was pressed into mine, preventing all movement.
I continued twisting, testing his strength, but I couldn’t find a single weak spot. In the end, I let out a frustrated sigh and relented.
“Fine. You win. Maybe I won’t go wandering at night anymore.”
“I’m not trying to be a dickhead. I’m just trying to make you more aware of the dangers,” he said, releasing me and taking a step back.
No, don’t go.
I’d been warm with him on me. Warmer than I’d been in a very long time.
I cleared my throat. “Job well done.”
He seemed conflicted, his eyes wandering over me and then to his watch. He swore under his breath. “I have to go.”
“Okay.”
He eyed me seriously. “Think about what I said, yeah? Don’t have me worrying.”
I only nodded and then he left, a question hanging in the air.
He hardly even knew me, so why would he worry? 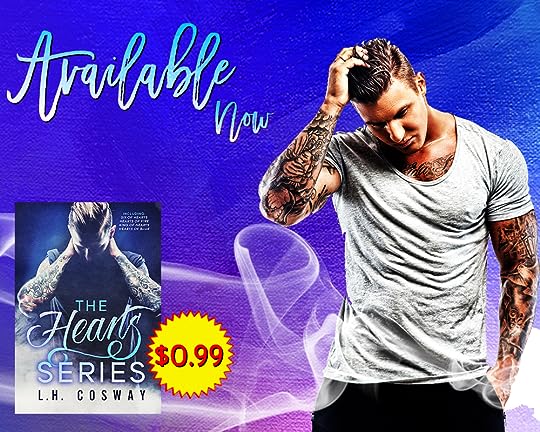