Losing people you love is hard.

Aurora De La Torre knows moving back to a place that was once home isn’t going to be easy.

Starting your whole life over probably isn’t supposed to be.

But a small town in the mountains might be the perfect remedy for a broken heart.

Checking out her landlord across the driveway just might cure it too.

This book.
So Good!

I loved this story, and read it in one sitting yesterday on my day off.
Loved Aurora (Oro, Roro)!
She was smart, brave, kind, compassionate, and I loved watching her grow in this book to be confident, stronger, independent woman.
Rhodes and Amos were just…Amazing!
I loved the whole family dynamic between Sara, Billy, Rhodes, and Amos.

Wonderful story with amazing new characters, and of course, Mariana makes reference to a couple of things/people from previous books.

Read it for free on Kindle Unlimited. Available for purchase worldwide.

Twenty-six-year-old Gaby Barreto might be a lot of things (loyal, sarcastic, one of the guys and a pain in the butt depending on which family member you ask), but dumb isn’t one of them. When her twin brother invites her to go on tour as his band’s merch girl, she isn’t exactly screaming at the top of her lungs with joy.

With no job opportunities pounding on her door, an ex-boyfriend she would still like to castrate, and no end in sight to moving out of her parents’ house in Dallas… it would be dumb to say no to the chance of a lifetime. Two bands, three continents, one tour. Spending the next ninety-plus days with three beloved idiots and eight complete strangers shouldn’t be a big deal, right?

If only the singer of the headlining band didn’t have tattoos… a great personality… a fantastic body… and if he wasn’t so funny….

Let’s be real: Gaby never had a chance against Sacha Malykhin.

Over the past 11 months I’ve been struggling with reading. You see I work from home as a ECE and have a licenced subsidized home daycare with the Quebec Government. I’ve worked throught the whole pandemic right from the start offering childcare services to frontline essential services. At times it was really scary because at the beginning, no one knew what exactly Covid-19 was so there was the extra stress of having people (other than family) in my home.

Alas, a couple of months ago I finally felt the urge (need) to start reading again so obviously I started by re-reading my favourite comfort stories.

Rhythm, Chord & Malykhin is one of those stories. Everytime I pick up this book I’m immediately sucked into the story by it’s characters, witty banter and amazing writing. I love the protagonists with all my heart. Gaby and Sasha are, and will always be two of my favorite fictional characters. Their story just gets better with the complimary secondary characters making it a perfectly well written story.

I just completed reading and listening to it for the 6th time. The audio version of the story is also exceptional. Callie Dalton (the narrator) does an amazing job of the capturing the characters essence and delivering it to the listeners.

If you’re looking to read an amazing slow-burn, contemporary-romance I highly recommend this book.

Off the Air by L.H Cosway

More Than Anything (The Broken Pieces Book 1) by Natasha Anders

Sticking To The Script (Cipher Office Book 2) by Stella Weaver

The Kiss Thief by L.J. Shen

The Best Thing by Mariana Zapata

“Trust me, I’ve wanted to punch you in the face a time or five.”

When the man you worshipped as a kid becomes your coach, it’s supposed to be the greatest thing in the world. Keywords: supposed to.

It didn’t take a week for 27-year-old Sal Casillas to wonder what she’d seen in the international soccer icon – why she’d ever had his posters on her wall or ever envisioned marrying him and having super-playing soccer babies.

Sal had long ago gotten over the worst non-break-up in the history of imaginary relationships with a man who hadn’t known she’d existed. So she isn’t prepared for this version of Reiner Kulti who shows up to her team’s season: a quiet, reclusive shadow of the explosive, passionate man he’d once been

Let me start off by saying that I’ve read this book three times, and each and every time I read it, I’ve enjoyed it more than the previous time I’ve read it.

When I initially read this story a couple of years ago, these there the thoughts that were going through my head.

1) Wow, what an AMAZING story!
2) Why is this author not more well known?
3) Why the hell haven’t I read her work before now?

This story was so well written, and the character development was SO good that you could have sworn that these characters were real.

I loved Sal and Reiner’s characters!

Reiner is a retired soccer legend who has been hired to be the assistant coach for Sal’s women’s professional soccer team.

Sal knows who exactly Reiner is because she’s idolized him since she was a small girl. He was her favourite player. She knows ‘everything’ about his life and career, and he was her inspiration while she was training. She gives him credit for making her one of the best players in the league (possibly the world) because he motivated her to have the discipline to train and stick to a vigorous routine.
… and she’s also had a huge crush on him since she was as a child.

When Reiner finally shows up to coach, he is nothing like the man she’s put on a pedestal.
He’s crude and rude. He has no manners, and instead of sharing his wealth of experience and knowledge, he’s just indifferent with the team… which seems to be worse than anything.

When a situation arises and Sal has to help Reiner, she decides to give this incredibly pompous ass a chance.

Their relationship starts out as a very shaky friendship with lots of trials and tribulations.
It is these trials that they go through together that make this incredible journey from friendship to something more precious, and what makes this story such an amazing read.

What I loved the most about this story was that their relationship slowly built.
It was by far not easy, but then again anything worth fighting for is never easy.
.. and even though there is a 13 year age difference between the two, they are so well matched that the reader doesn’t even notice it until it is mentioned in the story.

This story is not so much about the sport of soccer, but that of two people who have a lot in common. Who find one another, like one another, and start a friendship that is solid and strong, and in the end a beautiful love for one another.

This is probably one of the best stories I’ve read.
I will definitely re-read it.

Kudos Ms Zapata for your amazing story-telling, characters, and writing of this story!

Luna and the Lie by Mariana Zapata
My rating: 5 of 5 stars

“5- You only miss the shots you don’t take Stars!

I’d like to start off by saying that I almost cried when Mariana posted on December 13th, 12 minutes earlier on Facebook that “Luna and The Lie” was LIVE.
It took me about two point three seconds to “one-click” that sucker to get it on my kindle PRONTO!
However, I wasn’t able to start reading it until Friday night.

This is how it played out in my house:


8:00 am
Husband: What are you doing?
Me: COFFEE. Finishing my book.
Husband: Really? You got hardly any sleep.
Me: But, it’s SO GOOD! I gotta finish it!
And I did.
Then I re-read the last chapter and the epilogue because it was freaking AMAZING!

This book is one of my favourite books this year!

Luna… was just an amazing character to read!
Her hope, gratitude, love, forgiveness, fierceness, and the “little bit shady” when she needed to be was GOLD!
I loved, loved, loved her!

Ripley was just an amazing character as well.
He was the mysterious, bad-ass, alpha complex character that was perfect for Luna and her loving heart.

Favourite Quote:
“You calm me. You know that? You do to me what all that jewellery you wear does for you. Just looking at you makes me feel better. And not just fucking better but better. Different. Like you look right through me and my bullshit and you know what’s in there better than I do.” 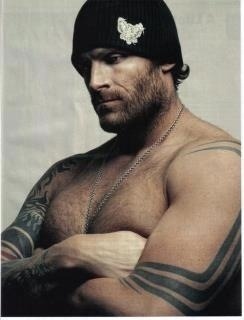 I loved the setting of the story, at an auto repair/classic car restoration shop. 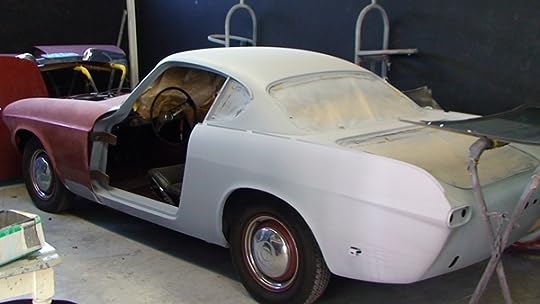 So many times throughout the book this was me. 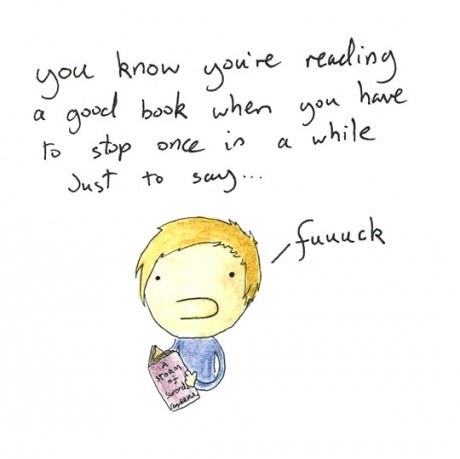 I highly recommend this book.
I know I’ll be re-reading again (probably soon) because it was that good!

I’ve read so many incredible stories this year, and have been introduced to some incredibly talented storytellers.

The books listed below are a few of my favorites.