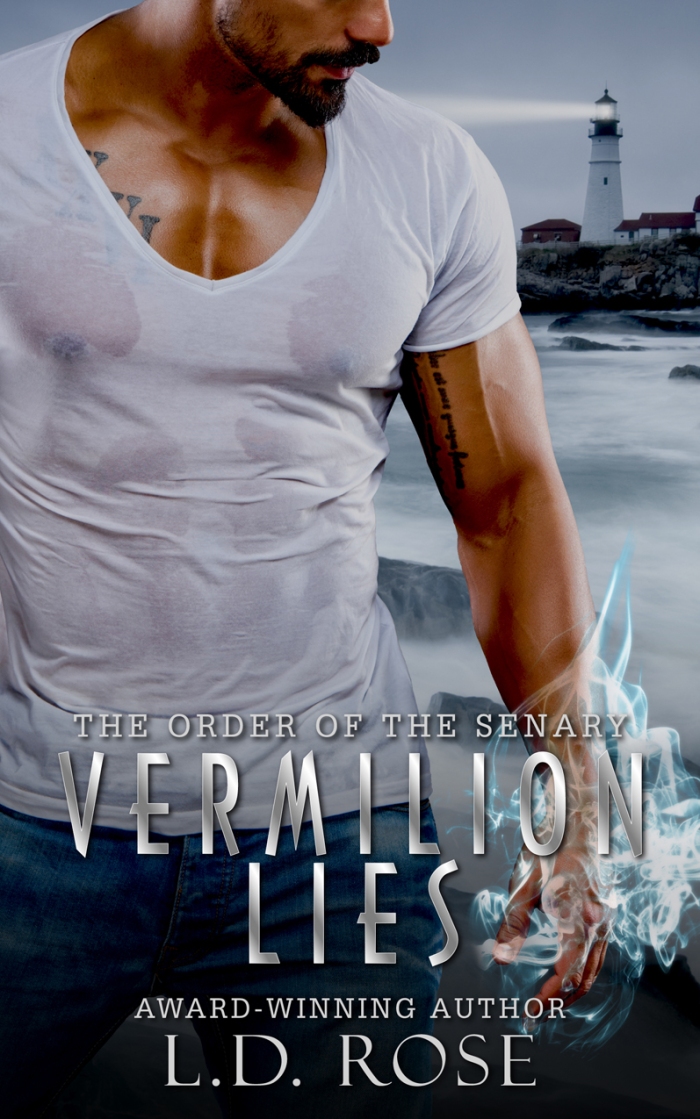 Wherever Dax Knight sets foot, hell is bound to freeze over.

As a mercenary for the Order of the Senary, Dax departs for New England to assist his comrades in battling the vampire forces threatening to consume the Northeast. The last thing he expects to find is a gorgeous vampiress who surrenders to him entirely. Ensnared by her allure, their intense attraction ignites, and he discovers she isn’t what she seems.

Cindel Konstantinov has been on the run since she escaped her sire’s possession, trading one life of abuse and imprisonment for another. As her hope for freedom wanes, she encounters one of the infamous Knights, and his dangerous appeal is undeniable. After a life-altering moment of mercy, they careen down a path of secrets, lies, and a forbidden passion neither of them can resist. But when her past comes back to haunt them, they’ll have to face the consequences of their actions—and their desires.

Dax and Cindel will need each other more than ever as their world spirals into chaos. But are they strong enough to survive the oncoming storm?

Cursing, he turned on the shower, cranked it to hot, testing the water with his hands. Once the spray reached a tolerable temperature, he climbed in, nearly groaning as the spray buffeted his sore muscles, soothing his aches and pains. Bruises covered him in a patchwork quilt of mottled colour with various shapes and sizes, the largest spanning his entire left flank.

If he started pissing blood, then he’d fret.

Dax closed his eyes, exhaustion enveloping him like the steam along his skin. He’d hardly slept in the past week, and after fighting monsters for days on end, he felt like roadkill.

Somehow this short trip brought out pieces of him he didn’t want to face, stirred parts of him he didn’t want to feel, showed him exactly who and what he was; a half-breed leech with a reflection, a fanged murderer with emotions, a monster just like her, and he couldn’t handle it. This gothic sorceress took everything he ever believed in and flipped it upside down, turned it inside out, warped it and sculpted it into something he could no longer recognize. She made him weak, made him stupid, and she made him feel alive again.

And if he didn’t end this soon, she was going to be the end of him.

Grabbing the soap, he lathered himself up, ensconced in sweet, flowery musk, when the tang of her ripe cherry scent sideswiped him. Convinced he’d imagined it, he stilled, pulse leaping in his throat as he tilted his head and drew in a deep breath.

Something shifted in the hallway and he abruptly pulled open the shower curtain, exposing himself as steam escaped the stall in a rush.

Cindy sprang back a few feet, shock flooding her face before it flamed into embarrassment, her bloodless cheeks blushing a faint pink. She hovered by the door he’d unintentionally left ajar, her eyes raking over him as she worried her bottom lip with the tips of her white incisors.

His skin prickled, goosebumps rising over every inch of him from more than the cold air. Her scent intensified, her eyes growing impossibly darker before she tore them away. “I’m sorry, I didn’t mean to—”

“What are you doing here?”

Her breath left her in a soft whoosh as she ventured closer, hesitantly, cautiously, and he spurred her toward him with a curl of his fingers. When she reached the edge of the tub, her eyes smouldering with fear and desire, his galloping heart trampled all logic as he leaned forward and cupped her face.

“What do you want?” he murmured, his tone pitching deeper.

Gently, he lifted her chin, staring into midnight skies that held far too many secrets, veiling the answers he desperately wanted to find.

“I want to forget,” she whispered, lush mouth quivering. “Make me forget.”

Temptation beat under his skin with its own pulse.

Then he dipped his head and kissed her.

A brush of lips, a bit of pressure; he tried to take it slow, to keep it chaste, but when she moaned against him, he could no longer rein himself in. Her lips parted and he plunged his tongue between them, his piercing grazing the soft recesses of her mouth as he dragged her into the shower with him.

L.D. Rose is a neurotic physician by day, crazed writer by night, and all around wannabe superhero. She writes award-winning dark paranormal fiction and she’s a PAN member of the RWA and FF&P. She currently lives in Rhode Island with her studly hubby, her hyperactive Boxer, and her two devious cats.

Sign up for her newsletter for the latest on the Senary, sneak peeks, giveaways, and other fun stuff: https://www.subscribepage.com/ldrose

You can also join her reader group on Facebook for more shenanigans!

Lady Heather's Reviews I'm an avid reader. My Favorite Books: Right now I'm reading contemporary, urban fantasy, paranormal, and historical romance. I LOVE reading stories with sassy-smart-strong-funny-colourful women, with strong-protective-smart-disciplined, alpha men. About Me: I'm a hopeless romantic. I read ALL romance. The stories I read MUST have a Happily Ever After. I often re-read my favorite books. I don't like reading horror, stories that have infidelity, love triangles, books that are unnecessarily violent, and I ABSOLUTELY despise books that end abruptly *ghah* Words I try to live by: "Treat people the way you'd like to be treated"
Published April 17, 2019April 17, 2019