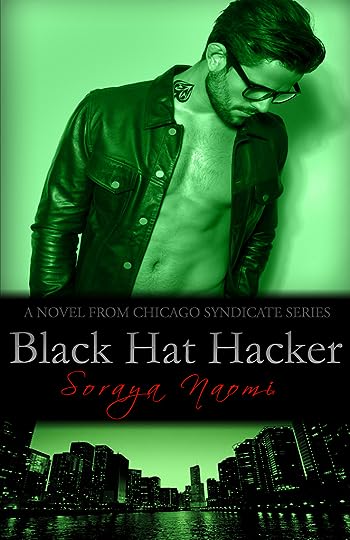 A standalone novel from the Chicago Syndicate world.

You don’t know me.
But that’s only because I don’t want you to.

I have the most lucrative job in the country as a hacker in the notorious underworld. I’ve built entire systems and destroyed evidence for career advancement while stealing and exploiting data for personal gain.
I’m the black hat hacker for the Chicago Syndicate and hold all the dirty secrets of the most powerful men in the U.S. in the palm of my hands, just a keystroke away from mass ruination.

However, no one knows my dirty secret, a decision from my past that’s just aching to blow up in my face and shatter my future. Especially when a certain wavy haired brunette begins to demand my attention with her odd ways and her carefree attitude.

She’s a woman who makes me go against everything I’ve ever believed.
A woman whom I’m forbidden from having my usual one-night stand with, even if she was available.
A woman whom I have to keep from getting herself killed, whether she likes it or not.

You don’t know me, but neither does she…yet. 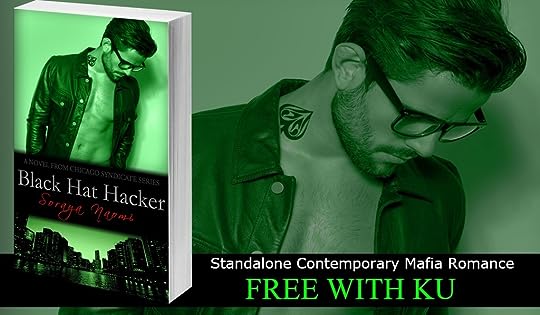 There is a giveaway for a $15 Amazon gift card 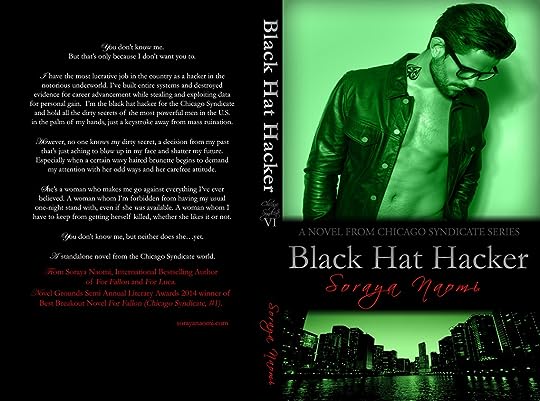 I read many genres but favor intense, seductive, and provocative novels where the male character loves fiercely, without remorse or boundaries. I also adore forbidden love tales and have an odd fascination with kidnapping romances. No, I don’t secretly want to be kidnapped, though!

I have a passionate obsession with the written word and indulge in chocolate pastries much too often.

Sign up to Soraya’s newsletter to keep up to date with release dates: http://eepurl.com/b0MS85