The Ties That Bind: A Forbidden Romance by Rebecca Norinne 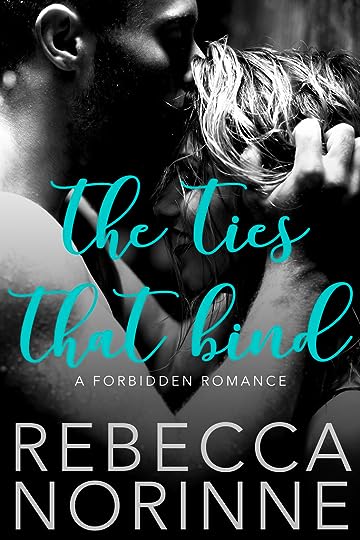 The book will go live on Tuesday, February 15 for sale everywhere for $0.99 for two weeks.
After that, it will be pulled from iBooks, Nook, and Kobo and offered for sale exclusively through Amazon at $2.99, with it also available for free download for Kindle Unlimited subscribers.

An eye for an eye.
A heart for a heart.
My name is Xander St. John and I have two jobs: protect my brother Jayce – with my life, if necessary – and take out the family’s enemies before they can strike first.
It’s a job I excel at too until Jayce gave me the one directive I could never carry out: murder Arabella Wilson, the only woman I’ve ever loved, the one who destroyed me years ago.
But that wasn’t all.
If I defied him, Jayce would have me killed too.
So now I have a choice to make – who lives and who dies?
Both Jayce and Arabella are my enemies, yet each such an ingrained part of my soul that if I lose either, a part of me will die right along with them.
So what will it be?
My twin or my lover?
My darkness or my light? 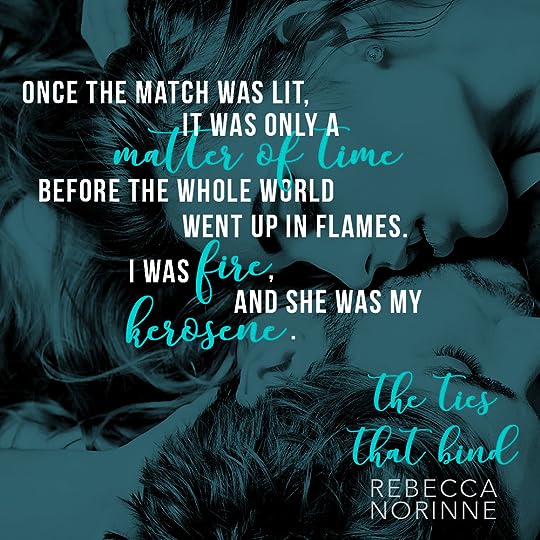 “These violent delights have violent ends
And in their triumph die, like fire and powder,
Which, as they kiss, consume. The sweetest honey
Is loathsome in his own deliciousness
And in the taste confounds the appetite.”

I camped out in that hotel room for two whole days waiting for Arabella to call. When I finally accepted she wasn’t going to, I packed up what little I’d brought and left. Lost in my thoughts, I took to the highway and flipped on the radio. I let the inane chatter of the station’s DJs wash over me until an hour later, sick of the noise, I flipped it off and let my mind wander back to happier times … back to before, I’d lost my brother to his demons … before Arabella had ripped my heart in two and shoved it down my fucking throat.
Everyone thought I was made of ice and steel, incapable of feeling, but that wasn’t true at all.
The problem was I felt too damn much and so I’d learned to hide my emotions, push them down deep where they’d never see the light of day.
Where I couldn’t be hurt ever again. Where the blackness of my soul would suffocate the boy I’d been, the man I wished I could be if only things had been different. I’d once been a bright and happy kid, full of promise and hope for the future. But that boy was long gone and in its place existed a hardened warrior, numb to everything.
Or so I thought until I heard her name and a spark of something pure and untainted flared back to life inside of me, casting light on the hollows of my cold, black heart.
I’d taken a major highway, anxious to get back to Chicago so I couldn’t be certain I was being tailed, but something about the distance another driver coasted behind me—far enough so that I couldn’t make him out, but close enough that I couldn’t lose him either—had the hairs on the back of my neck standing at attention. Ever so gently, I pressed my foot to the gas pedal and increased my speed. It wasn’t a lot, but if the car behind me also sped up and maintained the same safe distance, my suspicions would be confirmed. When the speedometer hit 80 mph, I glanced into the rearview mirror.
Okay, definitely following me.
This was where other men might get nervous or fear for their safety, but not me. Keeping my eyes trained on the road ahead and my left hand steady on the steering wheel, I leaned across the dash and opened the glove compartment to retrieve my gun. I flipped my wrist and the barrel came open, showing a full chamber—exactly the way I liked it. A pistol wouldn’t be much if the guy behind me decided to open fire with an assault rifle, but up close and personal it’d get the job done.
Scanning the horizon, I located a sign ahead for the next exit. I slowed my speed and took the off-ramp toward a 24-hour truck stop. Instead of pulling in—I didn’t need witnesses to what was about to happen—I coasted by and checked out my surroundings. In my mirror I watched as the car sailed along behind me, coming closer and closer the further away from civilization I took us. This late-model Buick I was driving could never outrun a shiny new Mustang, but that didn’t mean I couldn’t take the fucker on a wild ride while I tried to gain some advantage.
Flooring the gas pedal, the sedan’s wheels squealed for a split second before the tires finally gained purchase and I rocketed forward. For thirty seconds I pushed the vehicle to its limits and when I knew it had given everything it’s had to offer, I slammed on the breaks and twisted the wheel to the left, sending me into a wide spin until I stopped, blocking the path of the oncoming Mustang. The smoke from my tires obscuring my position, I slid across the bench seat and out the passenger side door where I crouched and listened.
Where I waited.
I expected bullets to rain down any second, but for the time being, things were at a standstill. All I heard was the steady thrum of the car’s engine, its 420 horses leashed and calm. Carefully, I settled into a position that kept my body mostly protected but allowed me to see over the tail end of the vehicle. The Mustang idled about 25 feet away. For several long, tense seconds the other driver and I stared each other down across the smoky divide. Finally, the driver cut his engine and, raising his hands in the air to show he was unarmed, moved to exit. I cocked my gun and waited, my finger on the trigger.
Better safe than sorry, I always say.
The door opened slowly and the driver stepped out from behind the safety of the door and walked around to the front. There, my assailant leaned against the hood of the car, arms folded, a knowing smirk staring back at me. As if they had no need to fear me.
They didn’t of course.
Rising from my crouched position, I smirked back and engaged the gun’s safety. “Hello, Arabella.” 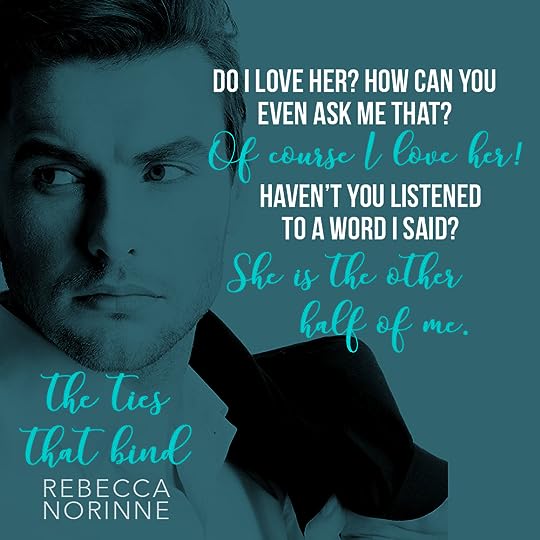 THE TIES THAT BIND PRE-ORDER LINKS

Rebecca writes steamy, contemporary romance featuring smart, lovable heroines and the men who adore them.
She lives in Dublin, Ireland and is obsessed with travel, craft beer, whiskey, and rugby.

One thought on “**Cover Reveal** The Ties that Bind: A Forbidden Romance by Rebecca Norinne”