Solis by Elda Lore
My rating: 4 of 5 stars 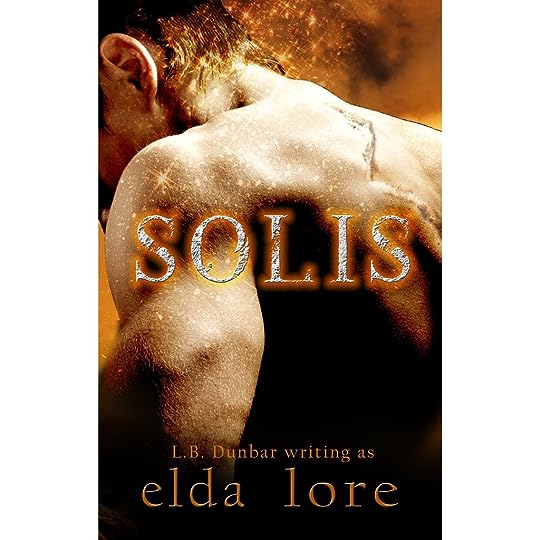 Veva Matron is a feisty girl raging with suppressed anger and distrust of men.
Solis Cronus is a blindingly beautiful, Greek god of a guy, who likes to play women.
An electric hatred thunders through each of them about the other until one night, lightning strikes. A world of secrets reveals the destiny of two at odds with one another, and clouds the line between love and hate.
Can a lively girl find calm in the stormy tension of a boy made of sunshine and sin?

The mythical tale of Zeus and Hera reignites in this modern interpretation of enemies to lovers.
Full of flirty sexual angst and teasing temptation, Solis might be the one man who can extinguish Veva’s angry fire and ignite a different sort of flame: desire.

This is the second book in the modern day greek mythology “Descendants” series.
It can be read as a standalone, but I think (you) the reader would get more out of the story if the series was read in order.

When I first read the synopsis of this story, I was intrigued and curious as to how the author would write a modernized version of stories and characters from Greek Mythology.
Once I got into the storyline and the characters, I was immediately hooked.

The main characters in the book are beautiful, strong, competitive, arrogant and flawed (just like the greek gods and goddesses of old).
The author did a wonderful job of capturing the greek god’s characters and portraying the dynamics of the roles each “god” played in mythology and adapting them to modern day life.

Solis was a wonderful character to read.
He knew what he wanted and that he was searching for “the one”.
All he ever wanted was to have one bed, one roof, and one woman… and he found it with Veva.
He just had to get her to trust him enough to give him a chance.
I liked Veva character and enjoyed reading her grow into a strong, confident woman.
I understood her distrust and skepticism toward Solis because he was a player which is why this book truly was a slow burn romance of the heart.
Solis had to prove his loyalty, love, and fidelity to Veva.

Great read!
Look forward to reading the next book in the series.