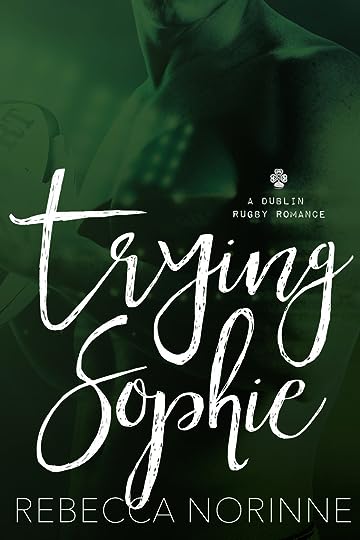 Sophie loves her life: she’s traveled the world and lived by her own rules. But when she finds out about her grandfather’s heart attack, she drops everything and boards a plane to Ireland. Two weeks, that’s the plan. Until one look at her childhood nemesis has her rethinking everything. She’s sworn off athletes, but she might just give him a try…

He’s the biggest player of all.

Sex and rugby. Those were the only two things Declan cared about, right up until his first love waltzed back into his life. Even as he slept his way through Dublin, he never stopped thinking about her. Never stopped wondering if she thought about him, too. So even though he’s never gone after a woman the way he chases down opponents on the field, this time, he won’t let her get away.

On the field, he’s invincible, but she just might break him. 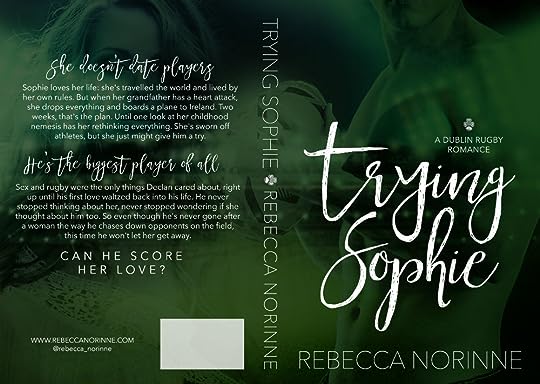 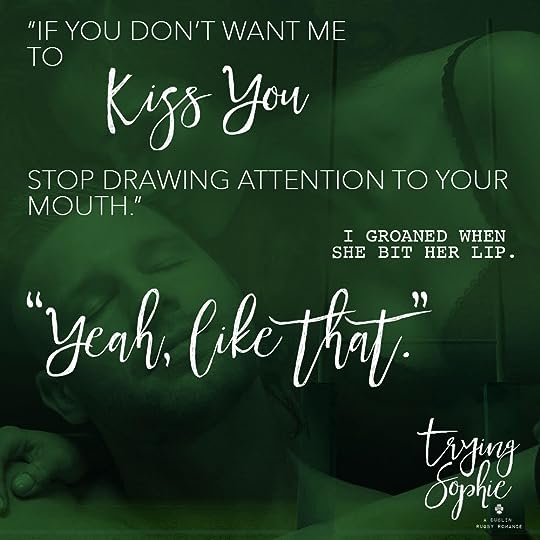 
I really enjoyed this story.
The characters were well-developed, and the writing and storyline were good.
One of my favorite storylines is when the two main characters have grown up together, something traumatic happens, and years later they come together and try to make things work.

What I really enjoyed about this story was seeing these traumatic incidences through the characters POV and the motives behind them.
When Sophie finally sees everything that Declan did to her from his POV, she realizes he never meant to hurt her but lashed out when she didn’t respond to him because she was so wary of him.

As adults, Sophie and Declan’s biggest obstacle is learning to trust and forgive one another.
Their journey is difficult but in the end, well worth it.

“I dropped my eyes and stared at the floor. “I want you, Declan. Really, I do, but I’m worried about being just another notch on your bedpost.”
Pushing off the window, he crossed the room in three purposeful strides. Wrapping his large hands around my arms, he squeezed them gently. I raised my eyes to his.
“How can I make you see that’s not true?”
“I don’t know. Maybe you can’t.”
When I looked away he groaned and loosened his grip. Trying a different tactic, he asked, “What are you most afraid of?”
Man up Sophie, I thought to myself. If you’re not brave enough to have The Talk, you’re not mature enough to have The Sex.
I couldn’t help how I felt and if we didn’t get this out in the open, it might always be between us. And despite this being a difficult conversation, it was more important to tell him how I felt than to keep it bottled up inside and resent him in the future because I hadn’t been honest with him from the get go.
I took a deep breath and squared my shoulders. “The thing I’m most afraid of is you’re going to be with me today, then turn around and fuck someone else three days from now. I’m worried that if we do this, it’s not going to mean the same thing to you that it’ll mean to me.”
He closed his eyes and exhaled loudly as he pinched his fingers around the bridge of his nose. When he opened them, he dropped his hand and leveled an indecipherable gaze on me.
“How can you think that?”
“I know it’s not fair of me to judge you for your past, but you don’t exactly have a solid track record here. Tell me I’m wrong. Convince me that when we walk out of here you’re not going to think, ‘That Sophie, she was one hell of a lay. Who’s next?’”
“Is that really what you think of me?” he asked somberly.
“That’s what I was talking about earlier,” I answered sadly. “I don’t really know you, do I? What if you forget about me tomorrow?”
“That won’t happen.”
I continued as if he hadn’t spoken because if I didn’t, I’d never say what needed to be said.
“I know I’m leaving soon and less than an hour ago I told you we should just enjoy each other while we had the chance, but I think I’ve been fooling myself. I can’t be casual with you, Declan. If we’re going to be together, it has to be more than just sex.”
My eyes dropped to the patterned rug at our feet and I held my breath, waiting for him to laugh, scoff, or otherwise indicate I was being completely unrealistic with my expectations. Which is why I was taken by surprise when he lifted my chin with his finger and, staring into my eyes, chased away all my doubt and fear.
“Done,” he promised, finality in that one word. “And just so you know, there was never any question that’s what this would be. I’ve thought about this for so long, wanted you as much as I’ve ever wanted anything. I have no intention of screwing up one of the best things that’s ever happened to me.”
He rubbed his rough, calloused thumb across my cheek. Dropping his eyes, he cradled my face in his hands and watched his fingers stroke along the apples of my cheeks. Finally, his eyes landed back on mine. “Do you have any idea what you do to me?”
I shook my head because I couldn’t seem to find my voice.
“You ruin me.” He dropped a soft kiss on my lips. “Just completely destroy me,” he added, taking the kiss deeper.
“Let me show you Sophie,” he whispered, his gaze locked on mine. “I promise it’ll be good. I’ll be so good to you.”
I nodded and he licked the seam of my lips. Opening to him, felt the tangle of his tongue against my own, the taste of him imprinted forever on my memory.
“Yes,” I whispered and kissed him back, hungrily.
He scooped me into his arms and carried me to the bed.” 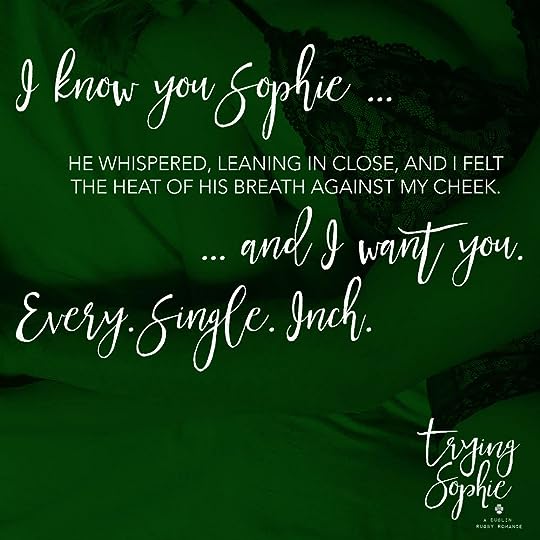 The attraction and chemistry between Sophie & Declan was instant and HOT! 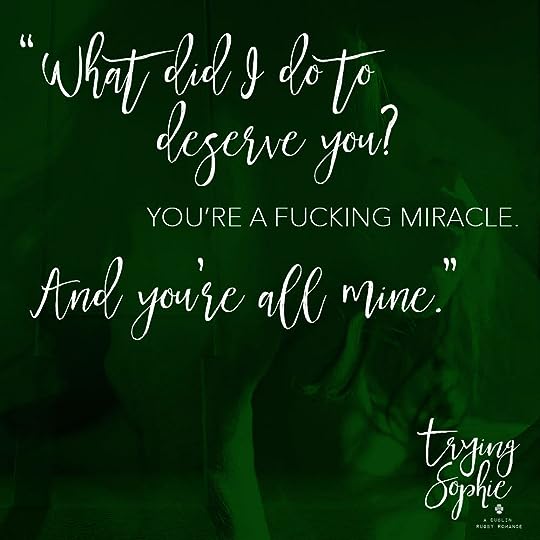 This is a great start for a new series, and I look forward to reading the next book! 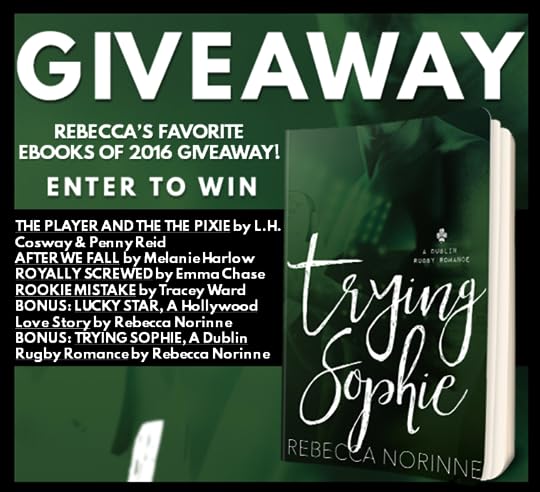 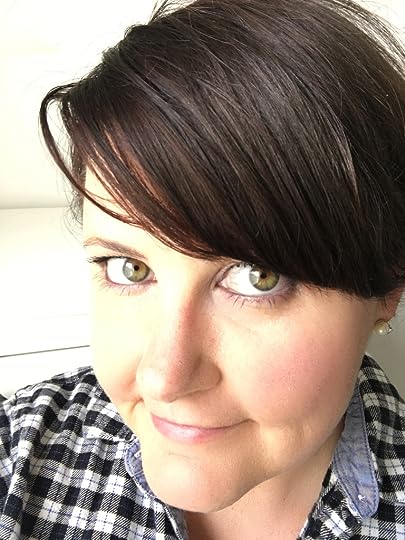 Rebecca read her first book when she was four years old and has been hooked on the written word ever since. While working in technology PR in Silicon Valley, she began writing her debut novel and eventually published it six years later. At the end of 2014, she left behind her career in corporate communications to become a full time author. When she’s not writing, you can find Rebecca exploring her new city of Dublin, Ireland, watching Leinster Rugby matches, or traveling the globe searching for inspiration for her next book.

“All teasers, excerpts, covers, and giveaways for this tour were provided by”