Down Deep by Virna De Paul 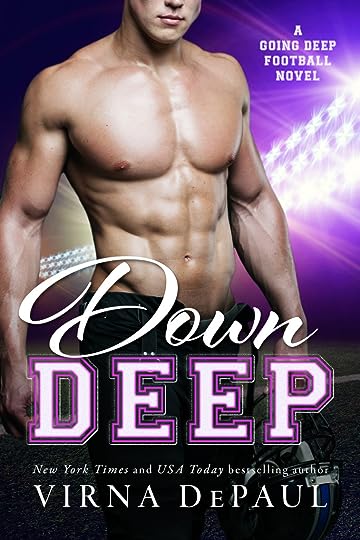 He’s here to score and he always wins.
Heath Dawson: football star, gorgeous man candy, and panty-dropper extraordinaire. He was also Camille Pollert’s first crush. But then he humiliated her at a high school football game, and while she got her revenge, she also closed off her heart.

Ten years later, Camille is a football photographer and single mother, and her old crush returns with a vengeance when she sees Heath again. He’s just as handsome, but now he’s a man. A man she can no longer resist.

Heath hardly recognizes the skinny girl he knew in high school, but he can’t deny the attraction he feels for the curvaceous and beautiful woman Camille has become. He wants her, and he always gets what he wants.

Just as the two of them start to realize they might be perfect for one another, reality rears its ugly head. Can Heath and Camille score a touchdown for their love? Or will they fumble the play and be parted once again? 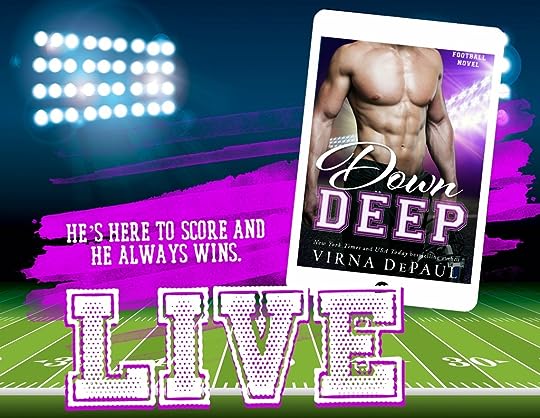 “We can’t keep doing this, you know,” she said softly.

His chest swelled: sure, he knew he was handsome and he’d had his pick of women, but to hear that from Camille Pollert? That took it to an entirely different level. “You think I’m the hottest guy in the NFL? I knew it! Don’t think I won’t be telling Kyle either; the guy needs to be taken down a peg.”

“Oh my God!” She flicked his forehead; he grinned. “Yeah, I’m attracted to you. But we can’t keep doing this. I’m hoping to be offered a job with the NFL, and I can’t jeopardize that by fraternizing with one of their stars. Beyond that, I have a child, one who already idolizes you. You like to have fun. You pretend to be only about fun. But I know that’s not all there is to you. And while we might intend to keep things casual…”

He stared at her, understanding her concerns about her job, but also marveling that his Watergirl saw too much about him that he’d never intended anyone to see. She saw a man who wasn’t just a great football player or a great lover or a great joker. She saw someone who belied that façade he’d perfected over the years, and Jesus Christ, it scared him. Camille had already gotten under his skin enough without her pulling him apart, piece by piece.

He needed to respond to what she’d just said. To agree they should stop seeing each other. But damn if he couldn’t get the words out of his mouth. Looking over her shoulder, he realized with a start that there was a gazebo on her property. Why were they standing in the grass still? He’d been so distracted by playing football with her, kissing her, and talking with her that a bomb could’ve gone off and he wouldn’t have noticed. Taking her hand, he led her to the gazebo, where she sat down next to him. “I care about you, Camille.”

She smiled sadly. “I care about you, too. Maybe too much.”

Snaking his arm around her, he lifted her until she sat on his lap, facing him. Then he kissed her, nipping at her lower lip, wanting her to forget everything but the feeling of being in his arms. He didn’t want her to think about the future, or about responsibilities, or careers, or anything like that. Only this moment, these feelings, this kiss and this night.

“I heard everything you said. I don’t want to interfere with your career or do anything to hurt Kylie. And because I have to concentrate on football, I’m not looking for a committed relationship. But God, I want you, Watergirl. More than I ever thought possible,” he growled against her mouth. 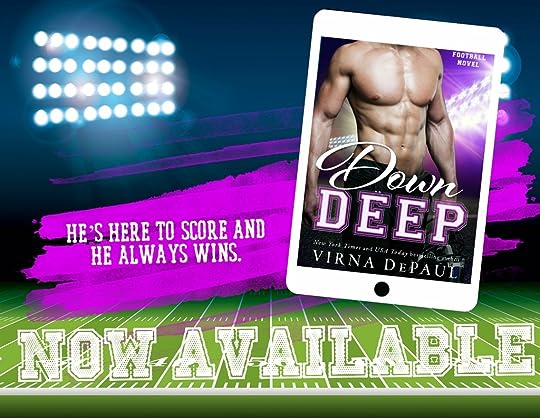